The Best Economic News No One Wants to Talk About 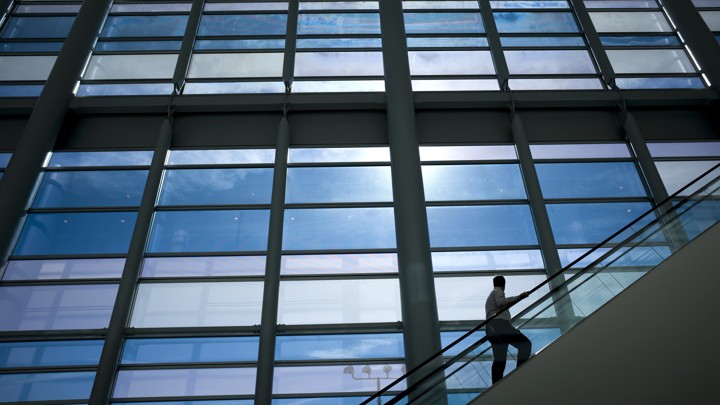 Stop me if this sounds familiar: For most American workers, real wages have barely budged in decades. Inequality has skyrocketed. The richest workers are making all the money. Earnings for low-income workers have been pathetic this entire century.

These claims help drive the interpretation of breaking economic news. For example, the Labor Department yesterday reported that the unemployment rate fell to a 50-year low, while wage growth stalled. “The wage numbers here are INSANE,” the MSNBC host Chris Hayes tweeted. “The tightest labor market in decades and decades and ordinary working people are barely seeing gains.”

So, let’s play a game of wish-casting.

It turns out that all three of those things are happening right now.

According to analysis by Nick Bunker, an economist with the jobs site Indeed, wage growth is currently strongest for workers in low-wage industries, such as clothing stores, supermarkets, amusement parks, and casinos. And earnings are growing most slowly in higher-wage industries, such as medical labs, law firms, and broadcasting and telecom companies.

Bunker’s analysis is not an outlier. A Goldman Sachs look at data from the Bureau of Labor Statistics found growth for the bottom half of earners at its highest rate of the cycle. And even among that bottom half, the biggest gains are going to workers earning the least. A New York Times analysis of data from the Federal Reserve Bank of Atlanta found that wage growth among the lowest 25 percent of earners had exceeded the growth in every other quartile.

In fact, according to Bunker’s research, wages for low-income workers may be growing at their highest rate in 20 years.

What’s happening here? Donald Trump hasn’t sprinkled MAGA pixie dust over the U.S. economy. In fact, his trade war has clearly diminished employment growth in industries, that are sensitive to foreign markets, such as manufacturing. Rather, a tight labor market and state-by-state minimum wage hikes have combined to push up wage growth for the poorest workers. The sluggishness of overall wage growth is concealing the fact that the labor market has done wonderful things for wages at the low end.

One reason you haven’t heard this economic narrative may be that it’s inconvenient for members of both political parties to talk about, especially at a time when economic analysis has, like everything else, become a proxy for political orientation. For Democrats, the idea that low-income workers could be benefiting from a 2019 economy feels dangerously close to giving the president credit for something. This isn’t just poor motivated reasoning; it also attributes way too much power to the American president, who exerts very little control over the domestic economy. Meanwhile, corporate-friendly outlets, such as The Wall Street Journal’s editorial pages, have reported on this phenomenon. But they’ve used it as an opportunity to take a shot at “the slow-growth Obama years” rather than a way to argue for the extraordinary benefits of tight labor markets for the poor, much less for the virtues of minimum-wage laws.

But good things can happen while Trump is president, and Keynes was right. “Tighter labor markets sure are good for workers who work in low-wage industries,” Bunker told me. “This recovery has not been spectacular. But if we let the labor market get stronger for a long time, you will see these results.”

DEREK THOMPSON is a staff writer at The Atlantic, where he writes about economics, technology, and the media. He is the author of Hit Makers and the host of the podcast Crazy/Genius.