Dynamism for the Working Class 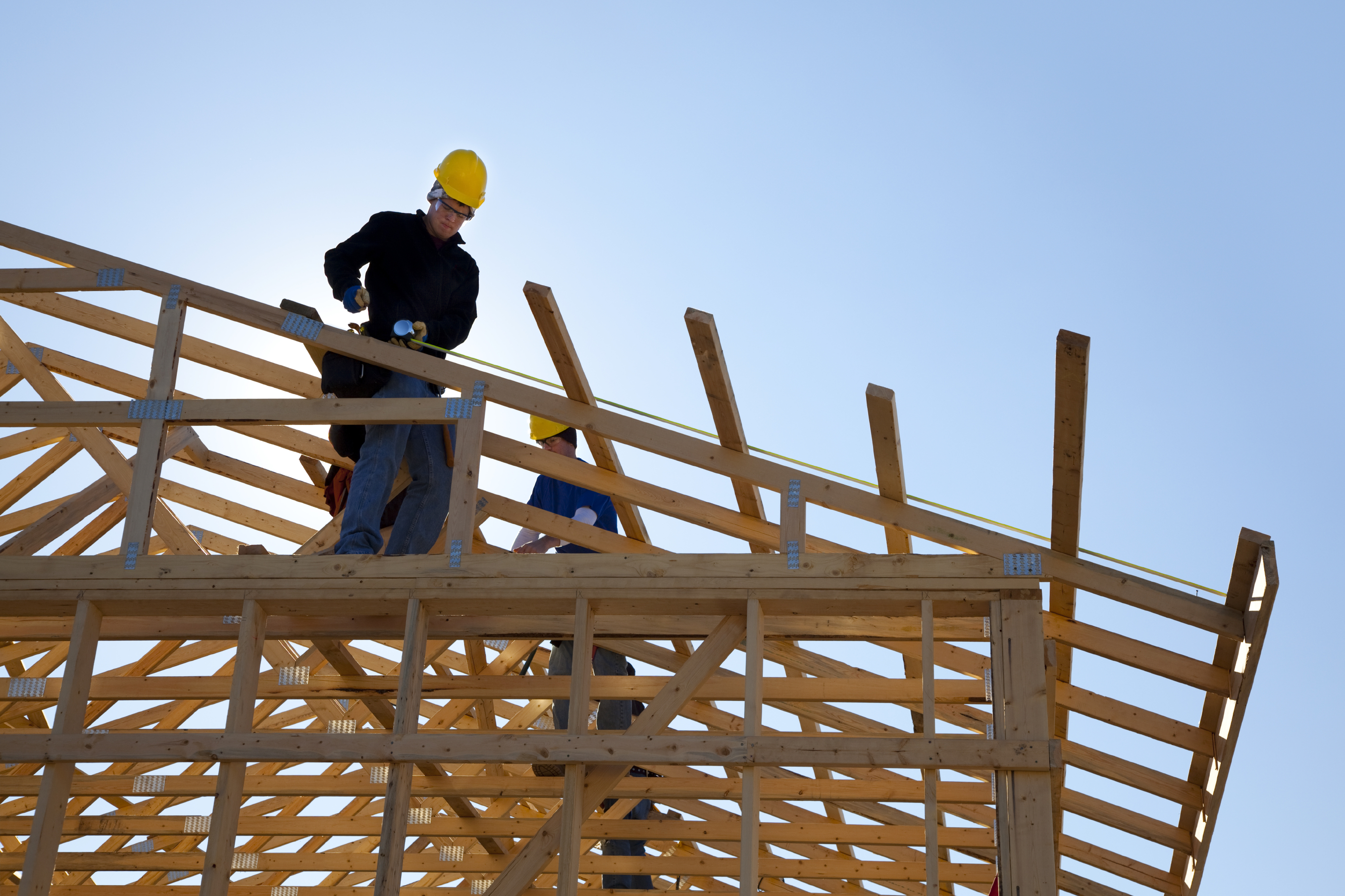 This essay is part of a RealClearPolicy series centered on the American Project, an initiative of the Pepperdine School of Public Policy. The project looks to the country’s founding principles to respond to our current cultural and political upheaval.

Aspirations have fallen out of style. The idea that our culture and policies should support people who dream dreams, create things, and take ownership of their lives has given way to a different one: that we should make work as bearable as possible, especially for the working class.

This development has become pronounced in recent years among conservative commentators, who used to believe that someone from an unremarkable ZIP code and with an unremarkable pedigree could cobble together enough money to start and grow something great. Today, many influential conservatives seem more interested in boosting low wages with subsidies, supporting paid family leave, placing new restrictions on trade, and leaving entitlement programs like Social Security alone.

“Pro-worker conservatism” has blossomed since Donald Trump’s 2016 victory, but its roots are deeper than that. Before the 2012 presidential election, a number of conservative writers were pushing back against the “makers versus takers” rhetoric of Mitt Romney — and for good reasons. For too long, political conservatives had favored the owners of businesses at the expense of workers through a blend of tax cuts, regulatory relief, free trade, and right-to-work laws. Furthermore, the geographic clustering of talent in growing cities combined with the financial returns to higher levels of education has left middle-skill workers in “flyover country” feeling understandably neglected. Conservative writers were right to try to rethink policy from the vantage point of middle-class workers.

What has emerged in the past couple of years, though, is a false policy choice between “pro-worker conservatives,” who support refashioning the safety net for the sake of working families, and the “establishment Republicans,” who still believe that whatever is good for business is good for America. Fox News host Tucker Carlson’s now-famous monologue made some good points, but stayed mostly within this frame, pitting ordinary American families against corporate leaders wedded to “market fundamentalism” and politicians pushing “corporate propaganda.” Manhattan Institute scholar Oren Cass’s book, “The Once and Future Worker,” provoked considerable intramural debate among conservatives by questioning whether economic growth properly serves workers and recommending a blend of unconventional pro-worker policies. It has become acceptable on the right to claim that capitalism is failing, and even, in some quarters, that the political liberalism on which free markets depend was a failure from the beginning.

The “pro-worker versus establishment Republican” dyad presents a false choice. It ignores a third, “Phelpsian” option. Nobel laureate Edmund Phelps has shown that the most dynamic societies encourage tinkering, adventurism, creating, starting, and building at all levels of society. America, Britain, Germany, and France in the 19th century had cultures and institutions that made it worth people’s while to experiment and create — whether inventions, businesses, or new ways of doing old things. The idea was that tinkering and starting things was available to everyone and anyone with a will to try — what Phelps calls “grassroots innovation” — and their efforts were reinforced by shared norms and supportive institutions.

In other words, an MBA from an elite school was not required to be an entrepreneur or business owner. During the eras of dynamism in the U.S. and Europe, “innovation was indigenous, chronic, and endemic down to the grassroots — not commercial applications of the latest discoveries by the world’s scientists,” as Phelps puts it. Our problem today is not that workers do not have enough social supports to help them get by. The problem is that they do not have enough opportunities to use their experience to carve out a path of their own making.

Pro-worker conservatives typically point out that most people will never be entrepreneurs. Mathematically, they are correct. But that misses the point, which is that entrepreneurial activity should be available to everyone. It should always be out there as a possibility — an aspiration.

After a number of years at the job, wage laborers should be able to convert their experience and knowledge into a new venture, if they choose to do so. A man in his late 20s carrying furniture for a moving company at an hourly wage should be able to use his experience and save enough money to lease a truck, hire three of his friends, and start his own local moving company. Sixty years ago, that type of man — and those types of opportunities — existed in abundance. Not so today. Why this is the case is a question we need to answer. But too few policy experts are even asking the question.

Today’s populist backlash against elites would be more powerful if it were on the side not just of workers, but also local business owners and entrepreneurs. In his book, “The Revolt of the Elites,” Christopher Lasch documented how we came as a country to associate upward mobility with leaving working class behind and joining the educated, managerial elite. What we lost along the way was a richer notion of independence, one with deep roots in America’s history of self-government and proprietorship. Lasch writes:

Conventional wisdom, common to left and right alike, has it that we live in an interdependent society, in which the virtue of self-reliance has become just as anachronistic as small-scale production. The populist tradition, as I understand it, took issue with this view. Independence, not interdependence, was the populist watchword. Populists regarded self-reliance … as the essence of democracy, a virtue that never went out of demand.

Lasch’s book, published posthumously in 1995, is a reminder that the “worker-versus-elites” contest in our current politics is nothing new. It is also a reminder that as a country, we have a long history of local self-determination, self-employment, and grassroots entrepreneurship that is no longer reflected in our politics.

There are of course a number of objections to making self-determination a policy goal today, from the forces of globalization to the share of the economy dominated by large corporations to the technology and sophistication required to launch and run an enterprise. But are we really ready to give up on the idea that someone who wants to be her own boss can be if she wants to?

We should be worried that new companies have been declining as a share of all companies since the 1980s. We should asking why we allow licensing cartels, permitting requirements, and other rules to stand in the way of self-employment and grassroots entrepreneurship. Meanwhile, the main pathway up society’s ladder, from working class to managerial elite, is through an incredibly expensive higher education system. Removing or lessening these and other barriers to self-direction and independence should be a central component of any policy agenda today.

Phelps offers a warning that adds urgency to our situation. As a society invests more in making employment as comfortable as possible and decreases incentives for entrepreneurial endeavor, it winds up doing a disservice to employees. “When growth is slow because employees are not involved in entrepreneurial pursuits and fewer still in innovative pursuits, work in the business sector is less engaging.” Over time, Phelps says, such an environment extinguishes the cultural preconditions of dynamism. We have seen this happen in Europe. We are seeing it happen in America.

Working-class Americans would likely be receptive to an optimistic agenda that puts self-determination at the center. In fact, working-class Americans are more bullish on the economy than is commonly reported, as AEI survey data show. Most still believe the American Dream is alive and well, contrary to regular pronouncements, usually from members of the elite, that it is dead.

Conservatives’ recognition that working-class Americans have been neglected in our politics for too long is a good thing. The shift away from dynamism as a policy goal is not. Without dynamism, a pro-worker agenda may actually make the wall between workers and elites even higher than it is now.

Ryan Streeter is the director of domestic policy studies at the American Enterprise Institute.