Americans Will Rally Around Trump on Iran 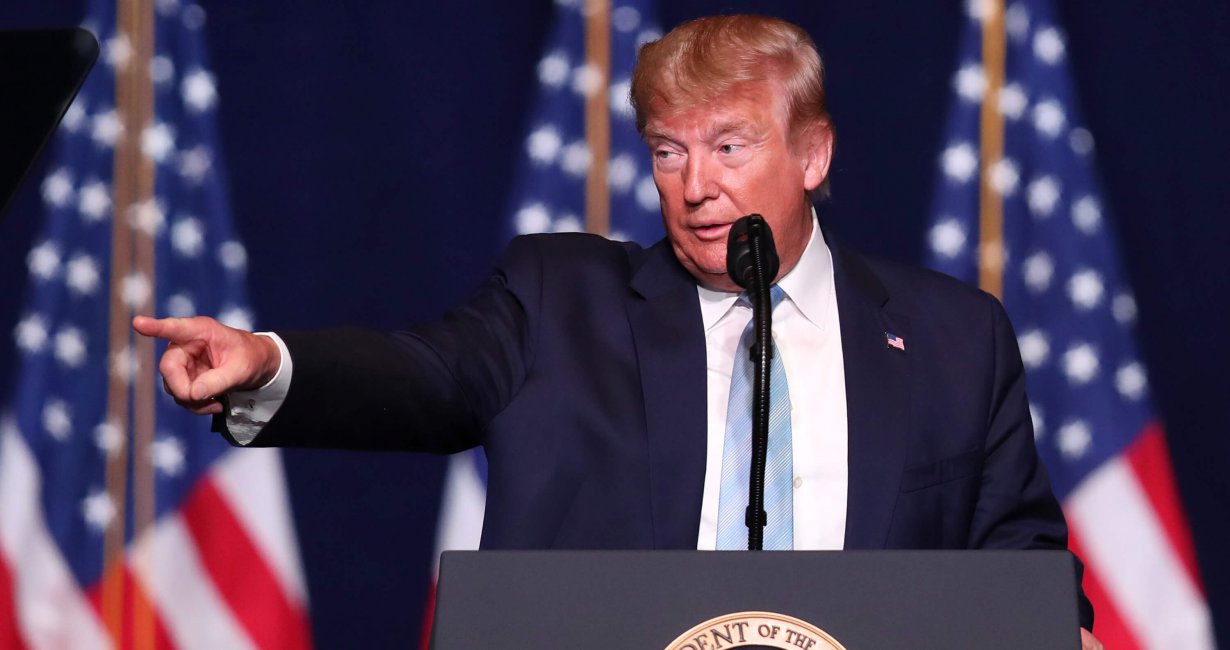 The Democrats have stumbled into yet another beartrap in their unanimous objection to President Trump’s order to kill the world’s leading terrorist, Iranian general Qassem Soleimani. The same misdirected solicitude that caused the Washington Post to describe ISIS leader Abu Bakr al-Baghdadi, after he was driven to suicide by U.S. special operators, as an “austere cleric” has elevated Soleimani to the status of an Iranian General MacArthur.

The Democratic presidential candidates agree that Soleimani was a nasty man, but all the principal active candidates—Joe Biden, Bernie Sanders, Pete Buttigieg, and Elizabeth Warren—have embraced the Obama Administration’s nuclear deal with Iran, in which Iran undertook not to develop a full nuclear-tipped long-range missile capability for 10 years. Under this agreement the United States released approximately $150 billion of frozen Iranian assets, which substantially have been squandered in underwriting the terrorist acts and infiltrations supervised by the late Soleimani—especially by the Iranian-sponsored terrorist organizations Hezbollah in Lebanon, Hamas in Gaza, and the Houthi in Yemen.

Apart from being unverifiable, and giving a tremendous stimulus to Iran’s terrorist and other destabilizing activities around the Middle East, the treaty (also ratified by France, Germany, the United Kingdom, Russia and China), only dealt with fissile material, not rocket development or the perfection of a warhead. So Iran’s nuclear military research has continued apace, as it escalated its terrorist activities: a terrible and indefensible agreement the Democrats are now robotically defending.

The reimposition of sanctions by the United States has badly squeezed the Iranian economy and its oil exports have fallen substantially. The Iranian economy has partially collapsed and there is immense discontent; months of rioting required very heavy-handed action by the secret police and army to repress. The Democrats who would take Trump’s place have thus very conveniently lined up on the side of the appeasement of Iran, the toleration without reprisal of all Iran’s terrorist outrages, the absolute right to life of the world’s leading terrorist and America’s greatest single enemy.

There could not be a better foreign policy political gift to the president.

There have been pro-Iranian and anti-Trump demonstrations in 70 different locations across the United States in the 48 hours following the death of Soleimani. After the Iranians, on the direction of Soleimani, attacked the U.S. embassy in Baghdad and destroyed the reception area on Thursday, the Iranian theocratic leader Ayatollah Khamanei announced to his Friday prayer session that despite Trump’s threats, “There’s not a damn thing he can do about it.” A few hours later, Trump did something about it. It is shocking and disgraceful that the Democratic leadership and candidates have swarmed like the Gadarene swine to support Tehran’s side of this issue. The Democrats screamed that Trump would blow up Asia when he called North Korean president Kim Jong-un “Rocketman” and warned him of military action if he committed aggression or attempted to become a nuclear power.

No audible Democrat has understood that Trump cannot lose these arguments with Iran or North Korea. Land and sea-based air power, including cruise missiles, that the United States has in-theater in both cases, could destroy every relevant military target in North Korea, including decalibrating the artillery aimed at Seoul from caves just north of the Korean cease-fire line, in five minutes. The United States could also destroy every strategically relevant military and economic target in Iran in 30 minutes.

Trump has made it clear that if there is any move to achieve a nuclear military capability by either country, he will strike. The elimination of Soleimani, apart from being just in itself, (if unduly merciful), helps bolster the Tehran regime’s confidence that Trump means what he says. Iranian threats of retaliation are rubbish—any retaliation will be returned to them at once tenfold.

The two crisis areas are now clearly separate and easily distinguishable. Kim accepted the overture to meet, failed to swindle Trump as he had his three predecessors, and Trump has given him plenty of time to grandstand, promise “Christmas presents” that didn’t happen, and Gasconade about. Kim has not materially advanced his military nuclear program and eventually will make the choice between forging ahead and being completely humiliated, and making an agreement in which he gets an official peace and recognition as a legitimate state, the end of sanctions, economic assistance, plenty to crow about as part of an agreement for a nuclear-free Korean peninsula from the Yalu to Pusan.

Trump has also made the point that American appeasement of China, as it rifles through American corporate pockets and dumps cheap goods in the United States, is also a policy that has ended, and in this he has received Democratic support.

A side-benefit of the more level economic playing field that is emerging with China is that Kim can now see that his guardian-cheerleader from Beijing, in all his mischief, is not immune to assertions of American economic strength, and will not put North Korea’s interest ahead of China’s own.

These are elemental steps in Great Power diplomacy, deploying economic and military strength as required. All the presidents from Franklin D. Roosevelt to Bill Clinton knew how to do this, except Jimmy Carter (and even he learned very late on). But President Obama thought this was obsolete white American self-importance, and the main Democratic presidential candidates have reflexively embraced that legacy of implicit anti-American failure.

The rather pathetic Iranian attempt to threaten Europe with violation of the nuclear military agreement will lead nowhere. Despite the warnings of Democrats, the United States only has to say, as it has, that failure to observe U.S. sanctions against Iran will result in loss of access to the U.S. market for the exports of offending countries, to keep France, Germany, and Italy on our side. These countries are singularly lacking in robustness as allies, but at least they can still count and will vote with their wallets.

Iran will soon be at the point of having to choose between having their nuclear program bombed out of existence, or stalling as North Korea has, or starting to deescalate the crisis. The United States is infinitely more powerful by every measurement than Iran or North Korea and this president’s application of elemental recourse to that power is producing results.

It is a slow process, and all countries, especially an ancient and proud nation like Persia and an ideologically and militarily aggressive garrison state like North Korea, have to be given time to adjust to the profound change in their relations with a more vigorous and self-interested America. They will take the time and make the change.

President Roosevelt enunciated the principles of all subsequent U.S. foreign policy in 1941 in his State of the Union message to Congress. He said that the United States must not be an appeasement power, and in his war message in December he said : “We will make very certain that this form of treachery [the Japanese attack at Pearl Harbor] never again endangers us.”

All subsequent presidents except Obama have followed the same policy, and the response of America’s enemies has been to foster terrorist activity apparently independent of any identifiable sovereign state, as with Islamic extremism, or indirect mischief as with China’s incitement of North Korea’s impertinences.

George W. Bush and Barack Obama had a good record fighting terrorism, but they were both taken over the barrel by North Korea, as Bill Clinton was. The total failure of George W. Bush’s Iraq invasion was particularly evident last week, as the country is largely an Iranian satellite except for Kurdistan. And Obama gave the store away to Iran. Trump is taking it back.

The overwhelming majority of Americans will support the president—the Democrats have put their head in a noose while standing over a trap-door. The consequences are predictable.